Alfred Nobel’s original intention was that most of his wealth should be used after his death for annual prizes to be awarded by the Swedish Royal Academy of Sciences for the most outstanding discoveries or theories in the wide field of learning and progress as a whole. In his final will, how, ever, he gave up this plan and directed that the prizes were to be awarded in certain specific branches of science and learning only. It was but natural that one of these should have been chemistry. 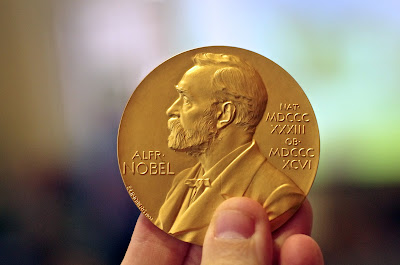 Nobel’s own researches had, after all, been chiefly devoted to problems in chemical technology, so that he had first hand knowledge of the importance of chemistry in our material progress. At the end of the nineteenth century, this science was making rapid and promising advances. Precision methods were beginning to be applied in the study of chemical phenomena. Scientists trained in the methods of physics had successfully tackled some of the fundamental problems in chemistry, and the no man’s land between physics and chemistry was at last being bridged. It had thus been possible to lay a firm foundation for the study of the general laws governing chemical phenomena. The German dye and chemical industry flourished as a result of the work carried out at its own research laboratories and those of the universities. Among chemists there were at that time a number of pioneers whose achievements were obviously of the greatest value to mankind. In his will of 1895, Nobel entrusted the Academy of Sciences with the task of deciding each year which of these scientists had made the most important discovery or improvement during the preceding year and with awarding a prize for this work. For more than sixty years the Academy has tried to fulfil this task, which is an honorable but by no means easy one.
As has already been mentioned, it was laid down in the will that the prize should be awarded for work during the preceding year. In the statutes of the Nobel Foundation this provision has been interpreted in such a way that the prize shall be awarded for the most recent results in the branches of learning indicated in the will, and for older work provided its significance has only recently been demonstrated. It is further laid down in the statutes that the prize may not be awarded for work which has not proved by experience or expert investigation sufficiently outstanding to fulfil the obvious requirements of the will. Even with these additional explanations of the wording of the will, it is a difficult task to award the Nobel Prize for Chemistry.
In order to assess reasonably accurately the value of a scientific discovery it is necessary to be able to view its effects over a fairly long period. On the other hand, the statutes require that the prize shall be awarded not too long after it has been earned. Those who nominate candidates for the prize must, therefore, be able to some extent to read the future; a gift which human beings possess only rarely and even then with no claim to infallibility. The Academy of Sciences does not, therefore, imagine that its awards of the Nobel Prize will in all cases stand the test of time. Its responsibility is, however, shared to some extent by all the scientists – most of them active research workers in physics or chemistry – who have nominated candidates, since it is only from among these candidates that the Academy may make its choice. In fact, if a scientist is proposed by a large number of sponsors in the preliminary international voting, he is normally selected by the Academy.